If you’re looking forward to celebrating St. Patrick’s Day in Baltimore or the surrounding communities, you’re in good company – Maryland takes this holiday very seriously. In fact, some of the best festivities and celebrations in the country take place right here. But just how much do you know about this holiday? This guide outlines 15 things you never knew about St. Patrick’s Day.

#1. St. Patrick Was Kidnapped and Enslaved

St. Patrick, the patron saint of Ireland, was born in Roman Britain in around 390 BCE – definitely not an easy time to live. He was kidnapped at the age of 16 and brought to Ireland as a slave to tend sheep in the Irish countryside, but he escaped.
Related: How to celebrate Christmas like a local in Maryland

#2. St. Patrick Went Back to Ireland After His Escape

In about 432 BCE, Patrick returned to Ireland to convert the Irish to Christianity. He worked to establish monasteries, schools and churches, so by the time of his death on March 17, 461, the land where he was enslaved had become almost entirely Christian.

#3. There Were No Snakes in Ireland

Though St. Patrick legendarily drove the snakes out of Ireland, the tale is a bit of a myth. Ireland – along with other islands such as New Zealand, Greenland, Iceland and Antarctica – is pretty much snake-free. Even archaeologists can’t find snake bones in the island’s fossil record.
Related: 9 facts you probably haven’t heard about the Winter Solstice

Though the Catholic Church set aside a feast day for St. Patrick, which priests would acknowledge but nobody really celebrated, he was largely forgotten until 1601. That’s when the earliest recorded parade honoring him was held, and it happened to be in what’s now St. Augustine, Florida.

The first St. Patrick’s Day parade in the almost-modern-day U.S. occurred in 1737, when homesick Irish soldiers who were working in the English military marched in Boston. They marched again in New York City in March of 1762.
Related: 7 reasons to support Meals on Wheels in your local community

By the mid-19th century, celebrating St. Patrick’s Day had become quite widespread thanks to a large influx of Irish immigrants. Today, millions of Americans celebrate – with or without Irish roots.

#7. Leprechauns May Be Based on Celtic Fairies

Though the leprechaun (in Irish, lobaircin, which means “small-bodied fellow”) has come to symbolize St. Patrick’s Day, the creature has nothing to do with St. Patrick. Historians believe that the little red-headed figure with a beard and a pipe evolved out of old Celtic beliefs in fairies, who were tiny people who could use magical powers for good or bad. In many Celtic folktales, leprechauns were responsible for fixing other fairies’ shoes – and they weren’t very happy about it.
Related: 15 little-known facts about Valentine’s Day 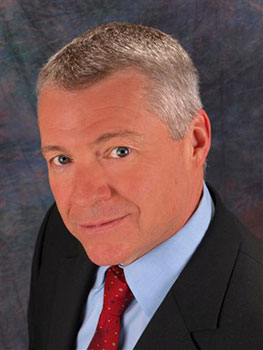